CITIES IN THE REGION

Within a 3-kilometer radius of the site, there are several shopping areas, banks, the biggest private university in Macedonia, 3 other major universities, 4 primary schools, 3 high schools, several kindergartens, parks and many gas stations. Cevahir Sky City also beneﬁts from being within walking distance of River Vardar. 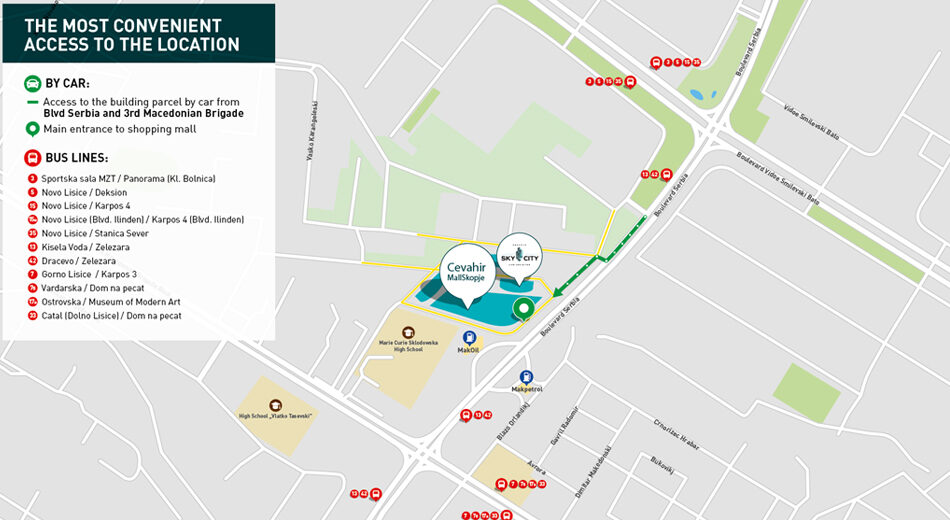 It has an ideal infrastructure connection with all types of access roads. The E-75 highway on the north-south axis is located only 2.4 kilometers away from the municipality, while the Alexander the Great Airport is 17 kilometers away. Additionally, the main domestic and international bus and railway stations of Skopje are located in the territory of the municipality.