On the 20th of April 2016 The Institute of Earthquake Engineering and Engineering Seismology performed a seismic safety proof test on the Cevahir Sky City towers. The forced vibration test simulated an earthquake of approximately 4 degrees and was measured at around 200 measuring points on one of the Cevahir 40 story towers, giving a precise geometrical image of the tower movements.
“In the case of local earthquakes, higher buildings have more flexibility in sustaining them because the constructions have a period of 2 seconds (the time interval required for one full cycle of a wave). Local Skopje earthquakes usually have a period of 0.3 to 0.5 seconds which means they have no effect on tall buildings. That is why I have stated several times that taller buildings are more suitable for Skopje and other cities in Macedonia. These taller constructions are more responsive to distant earthquakes which due to their lower energy have no destructive powers” said Dr. Mihail Garevski, Professor & Director at IZIIS.
By performing this type of tests the dynamic characteristics of the buildings are determined which are like a safety ID of a construction, especially in case of an earthquake. These type of tests were performed on several constructions around the world including the Transamerica Pyramid in San Francisco. 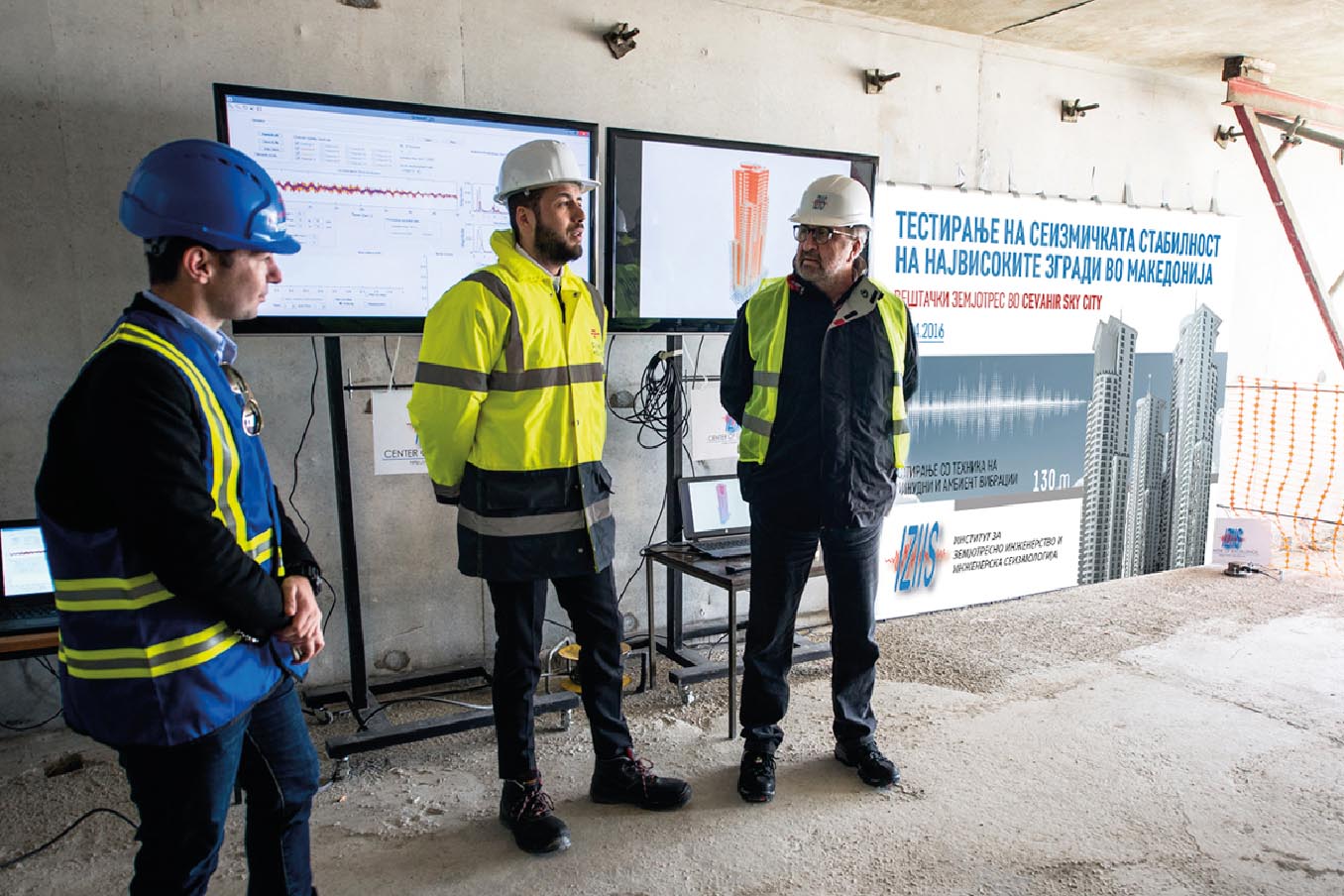